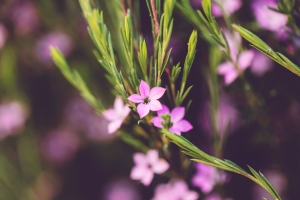 Sometimes we feel all alone in life. We can carry the weight of the world because we feel we have nowhere to turn. There was a young woman named Esther who was orphaned by war. She lost her family, her country and her culture. She was a stranger in a land not her own. The Bible tells us that she found favor with the King of Persia and they married. Esther went from orphan to queen overnight.

While Esther was queen she found out about an evil plot to kill her people. She wanted to seek the king on the matter but she hesitated because she knew the consequence of approaching the throne room without invitation in that day was death.

After she had prayed and fasted Esther sought the king’s help, knowing there was a chance of reprieve if he extended the golden scepter. Esther put on her royal robes and she approached the king. When the king saw Esther, she obtained favor in his sight. The king handled the matter and the people were spared.

The truth is the king was wildly in love with his bride. He did not hesitate to extend her favor. As we receive Jesus into our heart, we receive God’s unmerited favor. We are adopted into the Kingdom to royal position.

As we put on Jesus’ royal robe of righteousness that was won for us at Calvary, we can boldly come to the throne room of grace in time of need. No matter the circumstance that we face, we can seek the King’s help and know that He will handle the matter.

We the community of believers are the church, the beautiful bride of Christ. We can know that our King radically, relentlessly, and unconditionally loves us. We know this because He gave His life for us for as a ransom and there is no greater love than this. As we cast all our care upon our beautiful Lord Jesus, we can walk light and free and step into the good works He has prepared for us in advance.